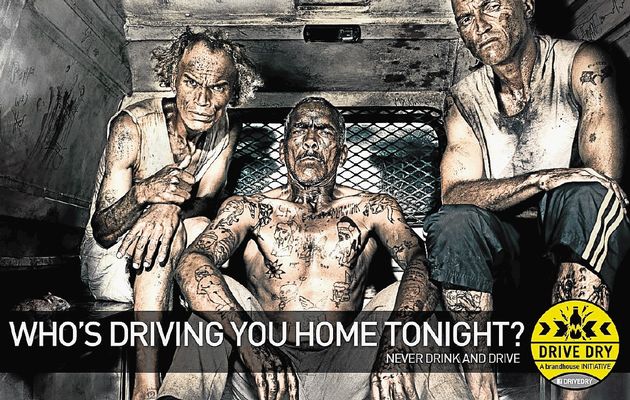 JOBURG – A person may be prosecuted just for sitting in the driver’s seat of a stationary vehicle while the engine is running, Arrive Alive said in a statement.

Drunk driving is one of the biggest threats to road safety in South Africa. Research indicates that 50 per cent of people who die on the roads have a blood alcohol concentration above 0.05 gram per 100 millilitres.

Arrive Alive noted in a statement that the Road Traffic Act, 1989, creates two separate offences which involve the use of alcohol. Arrive Alive said it is an offence to drive a vehicle on a public road or occupy the driver’s seat of a motor vehicle with its engine running while the person behind the wheel is under the influence of intoxicating liquor, or a drug having a narcotic effect or has a concentration of alcohol in the blood of 0.05g or more per 100ml of blood.

“Any person behind the wheel whose blood-alcohol level is 0.05g or more per 100ml is regarded by the law as being incapable of driving a vehicle and is liable to be prosecuted. A ‘vehicle’ is ‘a device designed or adapted principally to travel on wheels or crawler tracks’, so a charge can be brought against the driver of an animal-drawn cart or a bulldozer, or even a cyclist.”

Arrive Alive emphasised that a person may be prosecuted just for sitting in the driver’s seat of a stationary vehicle while the engine is running. And a vehicle is ‘driven’ even if it is moving without the engine running, for example, if it rolls downhill or if it is being pushed.

“For driving ‘under the influence’ or with a blood-alcohol level of 0.05g per 100ml or more, a person may be fined up to R120 000 for drinking and driving (OLL), plus R180,000 for culpable homicide. The court shall, in its discretion, order that the driver’s licence of a person it has convicted of one of these offences be endorsed with details of the conviction and sentence.”

Alternatively, it may order that the license be suspended or cancelled. An unlicensed driver may be disqualified from obtaining a driver’s license.

Chaos in Winterveld after Eskom refuses to repair power transformers

BANKING SECTOR MASS ACTION A PROTEST AND NOT A STRIKE, BUSA...

ALEX WITHOUT ELECTRICITY AFTER FIRE AT CITY POWER SUB-STATION