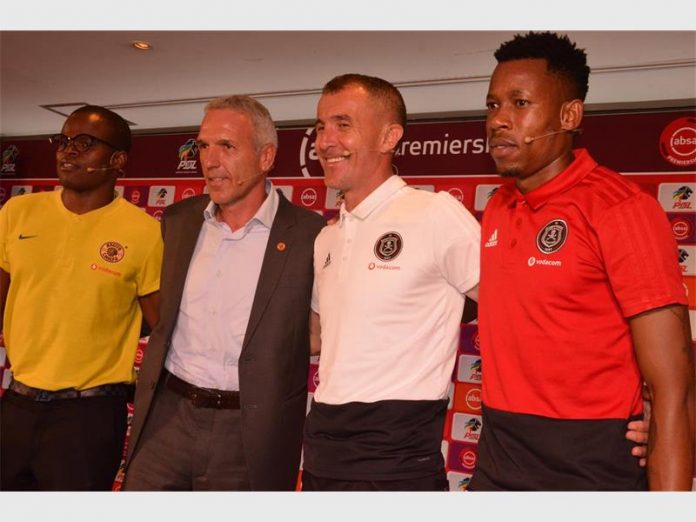 JOBURG – Football lovers and specifically the fans of Kaizer Chiefs and Orlando Pirates will be given a rare treat of two derbies in the space of two weeks of each other.

This publication correctly predicted a Soweto derby in the Telkom Knockout which has been confirmed in the quarter-finals draw of the competition conducted on 22 October, giving football lovers a rare treat of two derbies in the space of two weeks.

It’s Kaizer Chiefs versus Orlando Pirates in the Telkom Knockout at the Moses Mabhida Stadium in Durban, KwaZulu-Natal, on 2 November, seven days ahead of the Absa Premiership Soweto derby on 9 November at the FNB Stadium.

Balfour Park-based Highlands Park, better known as the Lions of the North, will open the quarterfinal clashes on 1 November against Maritzburg United at the Harry Gwala Stadium in Pietermaritzburg at 8pm. Besides the Soweto derby in Durban on 2 November, SuperSport United will take on Golden Arrows in Mbombela at the Mbombela Stadium at 8.15pm.

The last fixture of the competition will feature the 2015 champions of the Telkom Knockout, Mamelodi Sundowns, who humiliated Chiefs in Durban to annex the cup, up against the Chillie Boys in Chippa United at the Nelson Mandela Bay Stadium in Port Elizabeth on 3 November at 3pm.

When the draw was conducted at Sisa Dukashe Stadium in Mdantsane, East London after the last match of the round of 16 between Chippa United and Bloemfontein Celtic, the Ghosts, Mamelodi Sundowns, Highlands Park and SuperSport United were seeded as per their previous season log standings while Chiefs, Chippa United, Golden Arrows and Maritzburg United were unseeded.

Chiefs’ lacklustre performance in the previous season meant they were out of the Top 8 competition known as the MTN8 and hence they were not seeded and this made them vulnerable to meet their nemesis earlier on in the competition as predicted by Alex News.

In just two weeks’ time, all roads will lead to the FNB Stadium in Nasrec just outside Soweto, for South African football’s world famous Soweto derby between Amakhosi and the Buccaneers, which is much more than the three league points at stake but also pride and bragging rights.

To ensure the Soweto Derby, undoubtedly the biggest clash of the season and that it takes place without any hitches, Stadium Management SA (SMSA) which runs various stadium in the country, is working closely with both clubs, the Premier Soccer League, Metro police and police and private security companies to ensure that spectators are safe and that traffic and transport logistics run smoothly on match day.

With the match expected to be sold out for the event with well over 87 000 spectators expected to descend on the venue, Bertie Grobbelaar, managing director of SMSA, said the safety and security of spectators were the number one priorities for them.

“We’re working very closely with all stakeholders to plan every detail of the event. We encourage all spectators to arrive as early as possible, as gates open at 11am on the day, providing ample time for spectators to make their way to FNB Stadium,” he said.

Joburg:Herman Mashaba to launch WhatsApp based hotline for reckless driving

PRAYER SERVICE FOR XOLANI GWALA TO TAKE PLACE IN BRYANSTON

The most expensive suburbs to rent property in South Africa

Has your social grant ever lapsed or been suspended? Here is...

Initiative encourages South Africans to get to know their HIV status