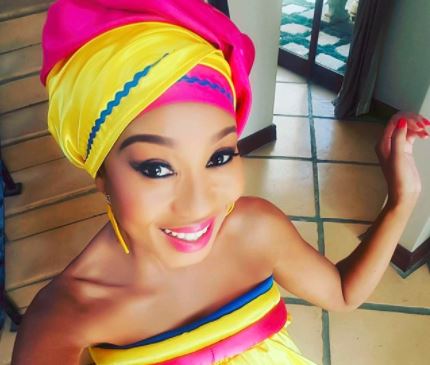 If leading lady Kgomotso Christopher were superstitious, the colour white could have helped her finally win her first Golden Horn.

After losing out twice in a row, Christopher on Saturday night was triumphant in Sun City in North West.

The 39-year-old actress scooped Best Actress in a TV Soap at the South African Film and Television Awards (Saftas) for her role as vixen Yvonne Thebe in Scandal! beating Nomzamo Mbatha and Dawn Thandeka King.

Christopher has been nominated in the same category three times and it’s the first time she has won.

For her big night, Christopher kept it simple and elegant in white.

“I’ve never worn white on the red carpet, so I wanted to go for a different colour to what I normally wear.

“I always go for colour. This year, I switched it up,” she told Sunday World. “Like the past two nominations I have had, I had no expectations. I am savouring the moment.”

The telenovela category was dominated by The River with three wins for its stars Moshidi Motshegwa, Presley Chweneyagae and Lawrence Maleka.

It came as no surprise that it also scooped Best Telenovela.

A place of hope for abused women in Diepsloot

“I only noticed that I was good at the age of 7”: Thandeka Mahlangu

COVID-19 Brings Food Safety and Services for the Elderly into Sharp...