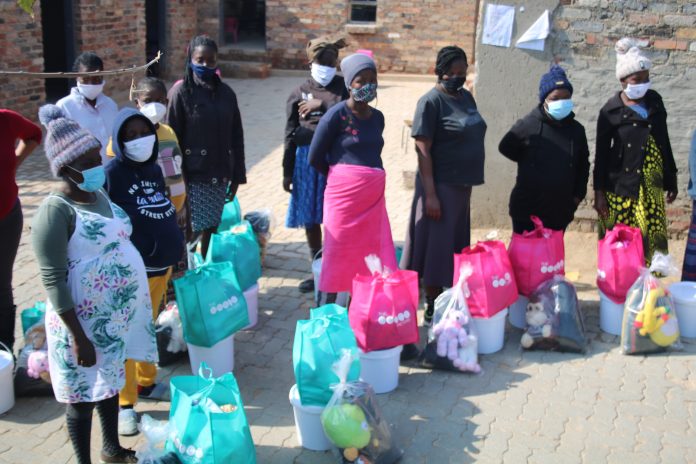 Pregnant women in Kyasands informal settlement face health challenges on many fronts due to miserable poverty, poor transportation and a dreadful shortage of medical staff.

It is not very hard to find a case of a woman dying from childbirth in informal settlements, and COVID-19 lockdown restrictions made the situation worse.  At Phronesis Students Development Trust (PSDT), an NPO operating in the heart of Kyasands informal settlement, a beneficiary tells how her 25-year-old cousin began bleeding after birth of her first child, went into a coma and died weeks later.

“She did not get a chance to frequently see a doctor,” said a woman who preferred to remain anonymous. “The main challenge is that we are lacking medical staff in our community. The clinic that we rely on is in Krugersdorp, which is very far from us. We need to wake up very early so as to beat the long queue. Sometimes we go there and get back without being attended to, and this has affected a lot of pregnant women.”

Many Kyasands informal settlement residents do not have access to paved roads, and ambulances cannot go beyond a certain point to reach to the patients. Some families do not have access to vehicles so they rely on public transport, and this means it may take hours to reach a health-care facility. Pregnant women with critical conditions usually do not get to the facility in time.

Most births in Kyasands informal settlement occur at home with unskilled attendants, said Nunu Mogotsi, a resident who is also expecting. “Sometimes as informal settlement pregnant women, we feel neglected by the government in terms of health care,” she said. “However, we are thankful to NPOs like Phronesis Students Development Trust for considering pregnant women with maternity donations.”

Operating in Kyasands informal settlement (Pipeline), PSDT aims to reduce and prevent maternal mortality through donating food and clothes to the pregnant women. More than 150 pregnant women benefit from the organisation’s maternity drive in June.

“After every two months we identify pregnant women in the community and see how we can help them,” said the PSDT founder Tsitsi Sekgobela.

Amnesty International’s research found that many women and girls in South Africa do not attend clinics until the later stages of their pregnancy because they are given to believe that the HIV test is compulsory. They fear testing and the stigma of being known to be living with HIV. Nearly a quarter of avoidable deaths have been linked to late or no access to antenatal care.

Diepsloot trio slapped with Years in prison for murder, robbery, and...

PANIC BUYING BECAUSE OF CORONAVIRUS UNWARRANTED, ACCORDING TO EXPERTS

Driver sentenced to jail for trying to bribe traffic cops

The most expensive suburbs to rent property in South Africa