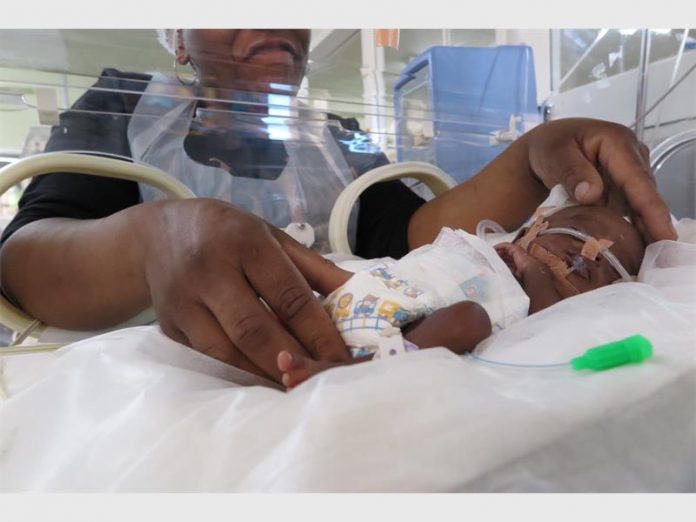 Breastmilk is considered the gold standard in infant nutrition and provides invaluable immune protection for babies in the first months of their lives.

For premature babies and newborns who are unable to breastfeed or whose mothers’ breastmilk cannot, for whatever reason, be used to feed them, donated human breastmilk provides the best possible start in life.

Verena Bolton, national coordinator of Netcare Ncelisa Human Milk Banks, explains that the properties of breastmilk, particularly when it is appropriate to the age of the baby, assists in the prevention of a host of possible infections.

“While breastmilk is by no means a ‘silver bullet’, the natural protection it provides through vital immune factors contained within the milk certainly benefits babies. It is particularly advantageous for premature neonates who have minimal, if any, acquired or innate immune protection because they have been born so early,” she explains.

Between November 2017 and the end of June 2019, over 800 babies received donated breastmilk through Netcare Ncelisa Human Milk Banks, an initiative of the Netcare Foundation.

Breastmilk is donated by women who are breastfeeding and have excess milk, which they express under specific hygienic conditions and deliver it to Netcare Ncelisa human milk banks or depots based at 37 Netcare maternity facilities.

The milk is then pasteurised, tested, frozen and safely stored.

According to Bolton, breastmilk is incomparable with formula feeds in terms of immune benefits. “None of the formulas on the market have the antibody IgA, which is one of a range of immunoglobulins. It confers immunity to neonates until their immune system has matured sufficiently to start producing its own IgA.

Formulas also don’t have oligosaccharides, which are prebiotics and prime the baby’s digestive system with normal gut flora and lactoferrin, which destroys harmful microorganisms.

Mothers produce colostrum, which has been hailed as nature’s ‘superfood’ for newborn babies in the first few days after birth. Colostrum, also referred to as ‘liquid gold,’ owing to its yellowish orange colour and highly beneficial properties, is eventually replaced by mature breastmilk around the third to fourth day after birth, and the milk’s composition continues to evolve in line with the needs of the growing baby.

“Between February and July, more than 80 newborn babies, including 44 in June and July alone, received donor milk through the Ncelisa initiative. We are aiming to expand access to donor milk to more public hospitals,” explains Mande Toubkin, Netcare’s general manager of emergency, trauma, transplant and corporate social investment.

Netcare Ncelisa Milk Banks supplies this milk free of charge for newborns both within the public and private sectors,” she says.

Netcare Ncelisa Human Milk Banks were established in November 2017, with the first milk bank set up at Netcare Park Lane Hospital in Johannesburg. In the following year, four more milk banks were started.

Complying with the proposed regulations set out by the South African Department of Health, and aligned to international protocols on the management of human milk banks, Ncelisa Milk Banks employ a state-of-the-art digital system to track and trace breastmilk donations from donor to recipient, and record all details relevant to matching age appropriate donor milk to the recipient babies.

“Our aim is to make breastmilk accessible to as many premature, vulnerable and high-risk babies as possible, and we therefore encourage mothers who understand the important benefits of breastmilk to consider becoming donors,” Toubkin says.

Prospective donors are screened for a number of health conditions and must complete a lifestyle questionnaire and consent form. Women who are interested in becoming donors can contact any of the 37 Netcare hospitals with maternity facilities for more information.

Arrest made in Bryanston

The City of Joburg is looking to end sewer blockages

Could your favourite birth control put you at risk of HIV?

Woman survives after truck lands on top of her car