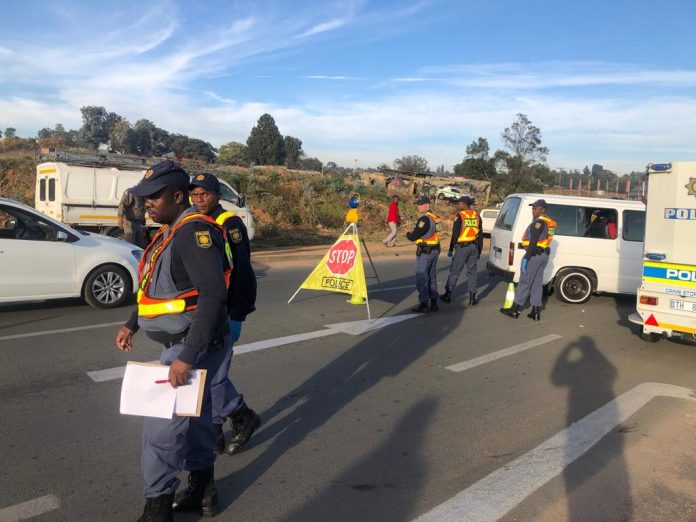 Motorists have been experiencing a huge volume of traffic this morning in Cosmo City as Police were doing Stop and Search on South Africa Drive since the early hours of the morning. The campaign “O kae Molao” was to ensure that passengers and motorist reach their destinations safely. Gauteng Community Safety was joined by the South African Police Service. #OkaeMolao intensified to ensure that the rule of law and order is maintained in the area. A spokesperson for Gauteng Province also joined this campaign and he said: “together with SAPS they will make sure that they will reduce the number of house robberies and rape in the community.”
Toyota Tazz was impounded as the engine has been tampered with. 127 suspects have been arrested for various crimes such as murder, malicious damage to property, rape, theft and drug dealings. MEC of Safety and Security in Gauteng together with Premier David Makhura will visit Honeydew Police Station and Cosmo City Police Station.
Adolph Mokonyama Reporting for TownshipNews
#Keeping you informed

Searching for the next football star

Hand to Hand Foundation on a mission to keep local neighbourhoods...