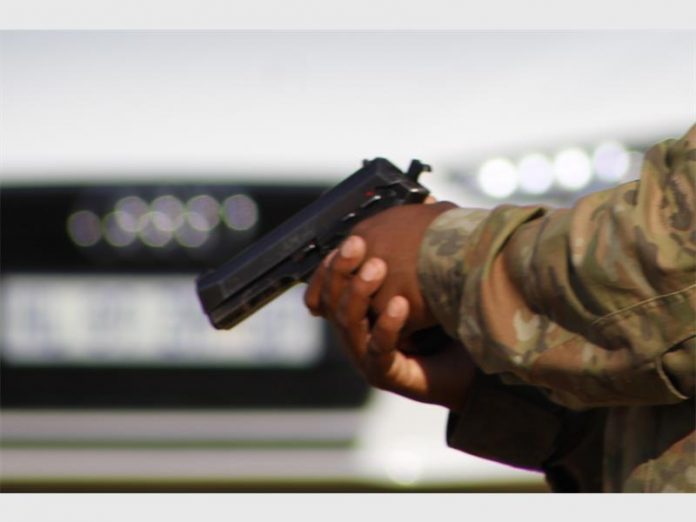 RANDBURG – An attempted robbery resulted in the shooting of a security officer in Hurlingham.

The Randburg Police are on the hunt for four armed robbers after an attempted robbery resulted in the shooting of a security officer in Hurlingham.

According to the Randburg Police Station, the 52-year-old complainant said she was in the house with her family, domestic worker and gardener in the early morning of 12 November when the four males entered the house – all armed with firearms.

The suspects threatened to assault them and robbed them of their jewellery, laptops and other items to the value of around R300 000.The suspects where driving a white Ford Ranger with an unknown registration number.

Ghost Squad Tactical’s Francois Marais said, “One of our officers was sadly shot by one of the suspects. On the scene, we decided to immediately airlift him to Milpark Hospital, where he remains in a critical condition. His family was notified and they have been visiting him.

“There has been no change to his condition, and our thoughts and prayers are with him and his family. He has a wife and two-month-old child. We are keeping in close contact to monitor his condition.”

The suspects also opened fire on responding police officers.A police constable taking cover behind his vehicle’s door was injured after his window was shot and the glass shattered all over him. The constable was also airlifted to Milpark Hospital.

“It is sad how brazen criminals have become. Incidents like this used to happen in the cover of darkness, yet, it is becoming more common in the bright and early morning. We encourage all of our community members to remain vigilant, especially at this time of the year.”

The suspects are still at large and the police encourage community members to be vigilant.

Many partly blame government for recent violence in the country

Song of the Year Nomination