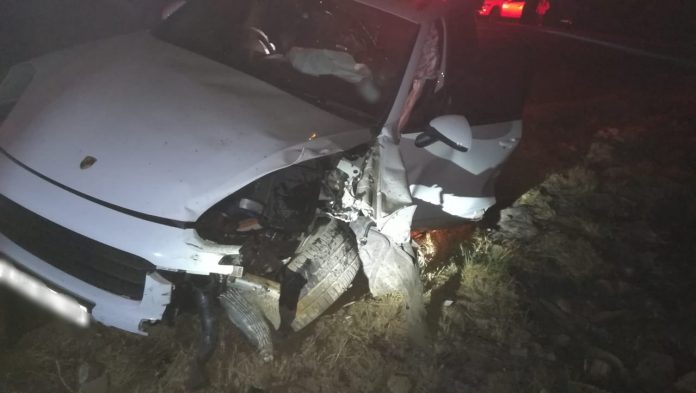 Late Saturday night (24 August), Netcare 911 responded to reports of a collision on the M71 Main Road in Leeuwkop, Sandton.

Spokesperson for Netcare 911 Shawn Herbst said the reports indicated that three vehicles were involved in the crash, “Medics assessed the scene and found that the driver of one of the vehicles, an adult female, sustained serious injuries and required advanced life support intervention to stabilise her.” Extensive damage is seen from one of the vehicle’s involved in a three-vehicle collision in Leeuwkop, M17 Main Road. Photo: Supplied

A male passenger in the same vehicle sustained fatal injuries, he was declared dead on the scene. Herbst said several other patients were transported to various hospitals for further treatment.

Five reasons why you should get tested this World Aids Day...

COVID-19: Cure likely to be found before a vaccine – expert

Burnout now recognized as a medical condition by the WHO

RANDOM ACT OF KINDNESS BY THE WARD 113 EFF MEMBERS

Diabetes claims over 2‚000 leg amputations a year in KZN