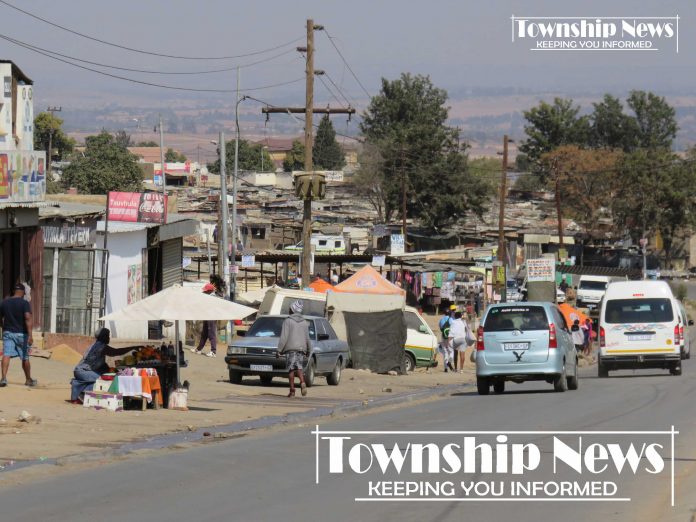 Last year a post circulated around Diepsloot and all over Joburg indicating that each an every Ward in the City of Joburg must have 10 Permanent General workers and a Team Leader. Thousands of Diepsloot residents applied for the two posts

Early this year around April and May, the City of Joburg appoint Directors / Deputy Directors and Regional Supervisors. Our Region A our Supervisor is Mr Maringa. A new Department has been formed last year that will be responsible for all 10-10 General workers across Joburg Municipality called : CRUM

The HR Department all ready started to deal with the selection processes for the 10 Permanent General Workers and a Team Leader. At anytime before the end of September or the beginning of October they will resume working

The only thing that was delaying the project was for the Engineers to mark the stands areas and demarcate the access roads for the area. That job already started. Surveyors are on site . The 07 main contractors are also at the same time finalizing the issue of Plant Hire ( Wet rate vs Dry rate )

Since the Lockdown , all Cllrs offices are closed. And Councillors are working from home with no stationary. Offices are not yet open. On the other hand residents are continuing going to the office and home seeking proof of residence

Today Eskom officials arrested for corruption at Ext 07. The detail report given during the day

Is a Warning to those Extensions that have already contributed R1500 and R1000 awaiting for their bought Transformers to arrived. Pls take back your money and feed your family. Is know by Eskom Management and a trap is there to apprehend Eskom officials who will be installing those Transformers where resident contributed in the name of buying a Transformer
Eskom is requesting residents to cooperate and fill the Payment Arrangement Forms on time so that they get electricity on time