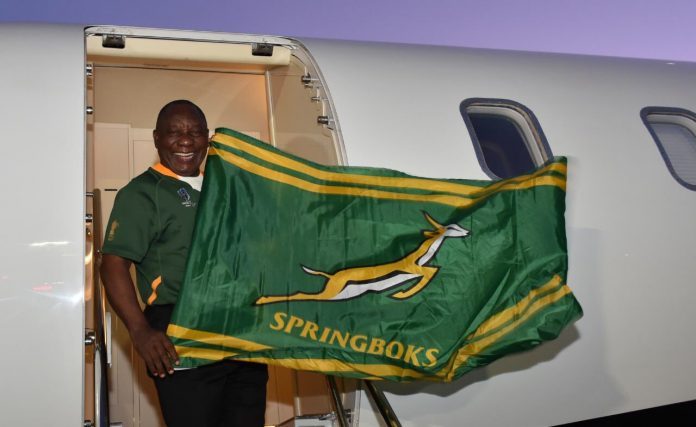 He’s calling on all South Africans to show support for the team on Friday. South Africa will take on England in an epic final match in Japan on Saturday.

“We would like all South Africans… [to] either wear the Springbok jersey, to pause for a moment of silence and to blow their horns at 1pm so that we send a clear support message to the Springboks.”

The Springboks have played to their physically imposing forward strength during the 2019 World Cup — most notably in grinding out a 19-16 win over Wales that took them to Saturday’s showpiece match in Yokohama.

Captain Siya Kolisi said a victory over the English, who beat defending champions New Zealand 19-7 in the semi-finals, would be huge for our country.”I’ve seen what it has done for the country before,” he said.

“I was old enough to remember the 2007 World Cup — I remember what it did for the country then, and I know what it would do now.”

Springbok coach Rassie Erasmus on Thursday named his team to face England in the Rugby World Cup final in Yokohama on Saturday.

Another 100% Pass for Diepsloot LEAP FOUR