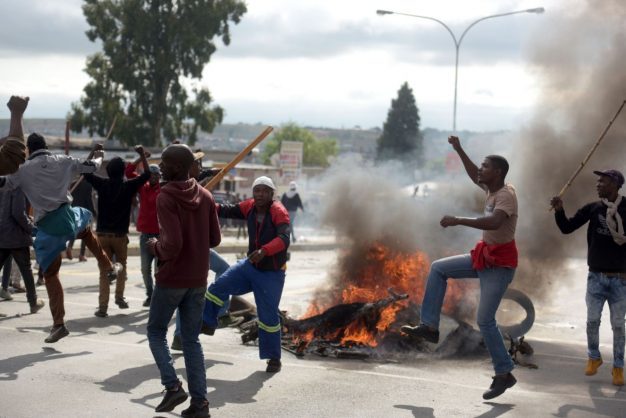 These protests have been received as the “Total Shutdown” movement spreads.

Tshwane is reportedly undergoing a shutdown, with Mokopane and Shoshanguve apparently blocked and inaccessible. There are also reports that the R101 near Hammanskraal has been barricaded. Clouds of smoke above Hammanskraal have also been reported.

Protesters are taking to the streets, reportedly due to what they believe is a lack of service delivery in the area.

It also reported that there are protests over ongoing problems regarding electricity in Vanderbijlpark, Gauteng.

There have also been reports of JMPD firing rubber bullets at protesters in Orange Grove, Johannesburg. The protestors were reportedly blocking traffic near Louis Botha Avenue, demanding that mayor Herman Mashaba allocates houses to them.

In Western Cape, protests are also taking place between Somerset West and Cape Town, with reports of burning tyres and vehicles being stoned and set alight.

Reports have been also been received that there are protests in Kroonstad in Free State including road closures and burning tyres.

The residents say the municipality has been misusing money meant to build a new mall in the area.

KEY WITNESS DUE TO TESTIFY AT STATE CAPTURE INQUIRY DIES