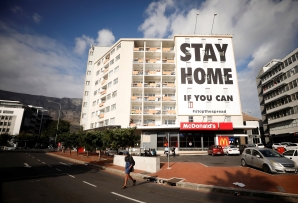 JOHANNESBURG – Calls are mounting for President Cyril Ramaphosa to address the nation, and move the country from lockdown alert Level 3 to Level 2.

The pressure on the economy has been ratcheted up by the ban on alcohol and tobacco products.

As Eskom initiates Stage 2 load-shedding, there are rumours that Cabinet has been advised to move the country to alert Level 2 of the lockdown.

South Africans have come a long way since 26 March, where alert Level 5, the toughest of them all, saw only essential workers allowed to operate.

Alcohol and tobacco products were banned.

Things got a bit better on 1 May when the country moved to alert Level 4.

Here, all essential services were allowed to operate and sectors such as retail, financial services, mining and forestry, among others were eased.

Level 3 came in two parts – the first at the beginning of June, where all economic activities were allowed to resume except for eateries, bars and shebeens.

Restaurants and fast-food outlets were allowed deliveries only.

Entertainment venues, such as cinemas and theatres, as well as hotels and accommodation for leisure were still not allowed to operate.

On 12 July changes were made to alert Level 3, which saw alcohol sales suspended… again.

South Africans could now go to a restaurant for a sit-down meal or watch a movie at the cinema but with limited capacity, of course.

Now, a month later, the sale of tobacco products and alcohol is still prohibited.

International travel and provincial travel for leisure are still not allowed.

Neither are concerts or sporting events with spectators, while gyms remain closed.

In the meantime, there are rumours that the president will announce his decision this week.

Alexandra taxi drivers use the off-peak hour to keep themselves in...

Nearly three years and counting since the K46 was due to...