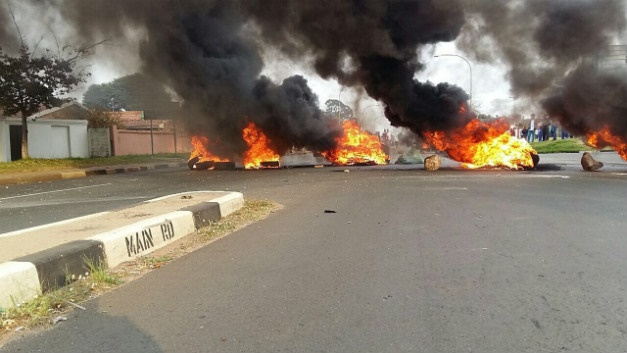 On Monday 15 April, Police have arrested five people during a violent protest in Ennerdale.

Residents are angry over several issues, an important one being poor school infrastructure at local schools in the area.

The community said that it has been urging local government to improve the unsafe classrooms but with no success.

Parents said in a statement unused and vandalised mobile classrooms have become a haven for criminal activity in the area.

A short while ago officers used rubber bullets and stun grenades to disperse the crowd.

Teams of police officers have been deployed to different areas to control protests around the CBD.

Eskom warns of the possibility of the return of load-shedding