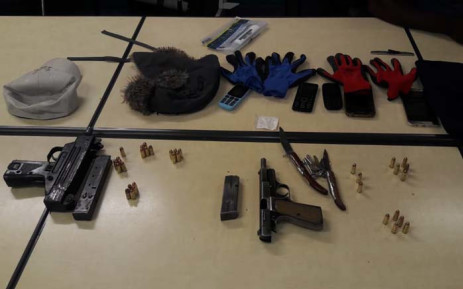 Officials say the pair were cornered on Tuesday night after they were found in possession of firearms, ammunition, drugs and other dangerous weapons.

Two suspects believed to be members of the so-called Rolex gang have been arrested in Sandton.

Officials say the pair were cornered on Tuesday night after they were found in possession of firearms, ammunition, drugs and other dangerous weapons.

The Rolex gang is infamous for following its victims and robbing them of expensive watches, jewelery, and handbags in and around Sandton.

The suspects will face charges relating to unlawful possession of firearms and ammunition, drugs as well as dangerous weapons.

MEC for Community Safety Sizakele Nkosi Malobane has welcomed the arrest of the suspects.

Nkosi-Malobane said in a statement: “I would like to commend the police for stopping these criminals in their tracks. I am delighted that the law enforcement agencies are closing in and dismantling the ‘Rolex Gang’ cartel. These criminals have been for quite sometime instilling fear to shoppers in Sandton and surrounding areas.

“I am confident that with the evidence at police’s disposal they will be able to present a water-tight case to ensure that these suspects receive the highest possible terms behind bars. This will send a strong message that Gauteng has zero tolerance against any act of criminality.”

A new beginning for youth in Eldorado Park

AMCU march: Motorists warned to stay out of Joburg CBD

HHP felt like the world didn’t understand him – Leeuw