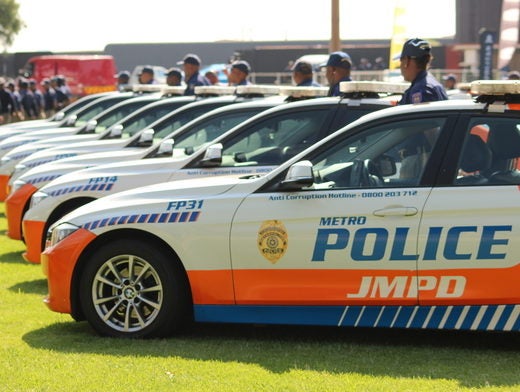 The Johannesburg Metro Police Department (JMPD) says it’s concerned with members of the public who film fights between officers and law breakers instead of calling for help.

This is after several video clips of officers being attacked in front of other people who did not come to their rescue went viral.

On Friday, October 25 the Intelligence Bureau SA shared a video of a fight between an officer and a taxi driver which according to JMPD spokesperson Chief Superintendent Wayne Minnaar took place in July.

Minnaar said internal investigations into the video revealed that the incident occurred on the Old Pretoria Main Road in July and added that the driver has since been arrested for reckless and negligent driving as well as assault.

In the video, a taxi driver is seen viciously assaulting  assaulting a male JMPD officer in full view of commuters while others can be clearly seen filming the incident. The officer then falls after being overpowered by the driver.

According to Minnaar, the a male and female officers tried to stop a taxi driver for a traffic violation when the driver subsequently fled, disregarding two traffic lights and endangering the lives of other motorists.

He added that the fight erupted after the officers managed to stop the taxi driver and while the female officer was trying to call for back up, passengers filmed the fight.

“The JMPD Chief David Tembe is extremely concerned, as to why the public chose to only take video instead of calling for help or even try to assist the officers,” Minnaar said.

On Sunday, October 20, another video surfaced where a female JMPD officer was attacked while enforcing City by-laws for illegal street trading outside the Pan Africa Mall in Alexandra.

Minnaar said during the altercation, the officer sustained bruises to her face and body and was taken to Milpark hospital where she was treated and discharged.

“The JMPD regrouped and returned to Pan African Mall where they arrested two male suspects. The two were charged at Alexandra police station for assault and interfering with an officer in the execution of duty,” Minnaar added.

In another incident, a Gauteng traffic police was filmed while hanging from the bonnet of a car while the motorist was driving away in Krugersdorp in September.

The 27-year-old female driver who was reported to have been on her cellphone while driving was then cornered by the Gauteng Traffic Police minibus taxi and was arrested.

In June, a group of police officers were also filmed while they were attacked by an angry mob, after a murder case against two foreign nationals who had allegedly killed a woman was postpone in the Burgersfort Magistrate Court.

Police managed to rescue the officer that was attacked and arrested two suspects aged 27 and 37.

Women can now pee while standing, thanks to gender-neutral urinal