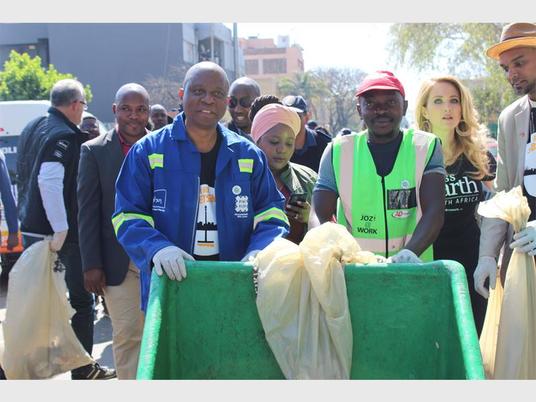 City of Johannesburg Executive Mayor, Herman Mashaba, encouraged residents to take ownership of their environment when he kicked off the first A Re Sebetseng clean-up campaign of the year on 19 January.

It is a monthly city-wide cleaning campaign which takes place on the third Saturday of every month.

Mashaba launched the campaign at Yeoville Recreational Centre and said residents have shown tremendous support for the activations across the city last year.

“It is this kind of commitment to community participation in improving their living conditions that we can move the city forward,” he said.

“A Re Sebetseng encourages all of Johannesburg’s residents to continue taking ownership of their environment by helping to create cleaner and more connected communities.”

Road closures: Get race-time ready for the Telkom 947 Cycle Challenge

Expert: No need to panic about Vaal Dam levels