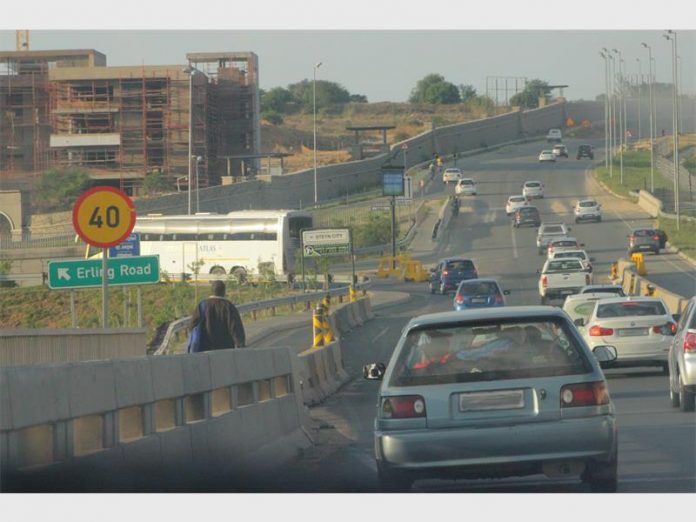 The construction company which failed to complete the K46 road between William Nicol and the N14 has been blacklisted for their failure to complete the project. A new tender process has also begun.
The Gauteng Department of Roads and Transport has initiated the process of blacklisting the contractor who failed to complete the K46 stretch of road between William Nicol Drive and the N14 in Diepsloot.
This was announced by Ismail Vadi, the MEC for Roads and Transport who was speaking at the Portfolio Committee on Roads and Transport in the Gauteng Provincial Legislature recently. It was also published in a press statement released by the department on 4 February.
In October last year, the Gauteng Department of Roads and Transport announced that the contract between themselves and Lubbe Construction had expired. The contract to complete the project was signed in November 2015 and stipulated that work would be completed by September 2017. After two extensions on the project, the road has still not been completed and has affected motorists in the area for years. “The department regards non-delivery of contract requirements by contractors as a serious matter. As such, support from law-enforcement agencies has been enlisted to consider instituting legal proceedings against interested parties to recover funds,” Vadi said.
He further announced that disciplinary proceedings have been initiated against several departmental officials for their alleged failure to manage the K46 project properly.
To get the stretch of road completed, the department has started a new tender process to find a company able to finish the work.
“We began the procurement process [for the tender] in December [2018],” Melitah Madiba, the department’s media liaison officer, told the Fourways Review.
“We expect to be finished with that process in August, and then hopefully work on the road will start again in September.”
Madiba added that it was estimated that the roadworks would be completed in 18 months, meaning that if all goes well the K46 may be completed by March 2021.

The delays and a current state of the K46 have angered residents and motorists in the area, an issue that Vadi acknowledged.

“The delays in completing the project have caused untold inconvenience and disruption to motorists, residents and the business community in the area. The department will work on short-term interventions to improve the quality of the existing road,” said Vadi.

When asked, Madiba was unable to describe the specific interventions which would be put in place but promised to find out.

The Fourways Review was unable to get a comment from Lubbe Construction about the matter as the company’s website is no longer operational and the phone number listed no longer exists.

About 6,000 patients waiting for surgery at Gauteng hospitals

SOUTH AFRICANS’ STRESS LEVELS HAVE SHOT UP BY 56% SINCE START...