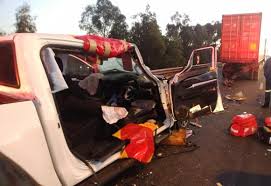 For the second day in a row, an accident on William Nicol Drive has caused serious injury.

Netcare 911 responded to reports of a collision on the N1 North and William Nicol Drive intersection at about 5.50am on 25 June. This is the second incident at the intersection in two days.

Reports from the scene indicate that the driver of a light delivery vehicle drove into the back of a heavy motor vehicle. According to Shawn Herbst, the media liaison officer for Netcare 911, paramedics assessed the scene and found that the driver of the bakkie had sustained serious injuries and was entrapped in the wreckage. The patient required Advanced Life Support intervention to stabilise him while the Netcare 911 Rescue Technician used the Jaws of Life to free the man. Once freed, the patient was transported by private ambulance to the hospital for further treatment. The truck driver had not sustained any injuries and all necessary authorities were on the scene.

Petrol price predicted to increase in December with diesel dropping