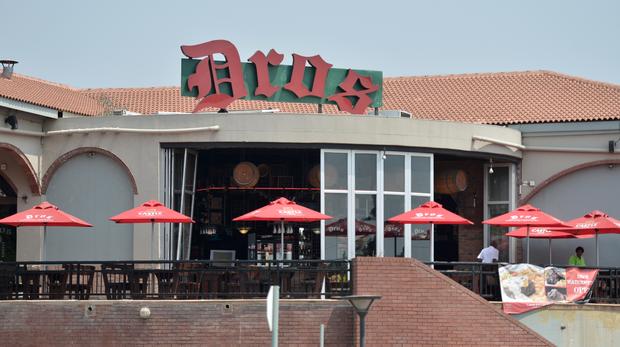 The Dros restaurant and bar in Silverton was known for being a buzzing “typical Dros franchise” and full of life.

However, it appears to have become a ghost town following the rape of a 7-year-old girl inside a men’s toilet at the venue.

For most of Wednesday afternoon, waiters and waitresses in their lime green T-shirts waited patiently for customers, but only a few came in. Inside, there were no more than four customers, despite it being lunch hour.

What appeared to be renovations and cleaning up of the children’s area were also taking place. This is the same area where the girl was playing on the afternoon of Saturday, September 22, while the 20-year-old allegedly preyed on her, later pouncing on her when she went to the toilets.

Speaking to some of the staff, they said the incident had negatively affected the restaurant in more ways than the lack of customers coming through the doors.

The mood was sombre inside the restaurant and managers were sitting on one side, seemingly frustrated at the state of things. A waitress said things had become so bad that the restaurant was no longer being allowed to serve alcohol because its liquor license was revoked on Monday.

“Things are normally not this quiet, but since that man did what he did, we have just seen things get worse and worse. He ruined things for us,” said the woman. “The bosses are trying to fix things, so hopefully when the whole situation calms down things will begin to pick up again.”

The bathrooms were spotless, and everything was as it should have been, except for the door to the men’s toilet which appeared to be wedged open.

The bathrooms are just a few metres from the play area, the entrance of which was filled with colorful balloons.

This is the area where the alleged rape that has infuriated the country took place.

“Things were extremely busy on that day and we had a lot of customers with their children. We only had one childminder available for all the children. She could not keep track of all of them all the time,” the waitress said.

The 20-year-old suspect, whose identity the Pretoria News has withheld as he has yet to plead in court, allegedly followed the girl to the bathroom and pulled her into the men’s toilets.
There is one main door to the toilets for men and women in the restaurant; the left leads to the men’s toilets and the right the women’s toilets.

On the day, the mother of the child headed to the play area to inquire about her daughter’s whereabouts but was told the child had gone to the bathroom.

It was there that she caught the suspect in the men’s stall with the girl.

The man is facing charges of rape, assault with intent to cause grievous bodily harm, intimidation, and possession of drugs. He made his second court appearance on Tuesday in the Pretoria Magistrate’s Court, where the matter was postponed to November 1.

SA Lockdown: Police clamp down on non-compliance on the roads