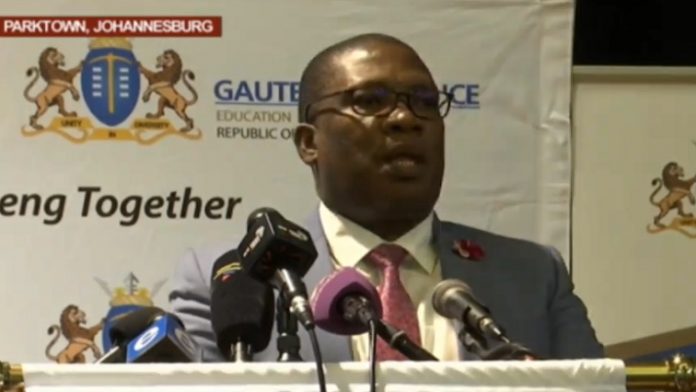 A report on the circumstances surrounding the death of a learner from Parktown Boys’ High School has recommended that the Nyathi Bush and River Breakaway, in the North West, be held liable for the dangerous conditions at the orientation camp.

13-year-old Enock Mpianzi died after a makeshift raft he and his fellow pupils built capsized in the Crocodile River at the Nyati Bush Lodge in the North West.

The details surrounding Mpianzi’s death were released on Wednesday.

The 61-page report reveals that the Nyati lodge as well as the headmaster and five educators of the school were reckless and negligent.

Gauteng Education MEC, Panyaza Lesufi, says charges have been laid against the respective parties and the department is working to have Nyati Lodge blacklisted as a venue for school activities.

“Police are investigating that aspect and unfortunately our investigators didn’t have access to the docket so we will wait for the police to come. We will give them the report as well and hopefully it will assist them to find what went wrong. There will be no school from Gauteng that will go there and that is why I am speaking to the minister so that we can have this blacklisted,” says Lesufi.

“We find that there’s negligence on the part of the school for not having the accurate and correct roll call list of all attendees at that camp, and that the relevant educators should be held responsible and charged and that includes the headmaster as the ultimate commander in chief or the CEO of the school. The fact is that, if the correct roll call list had been used they would have realised 18 hours earlier that a boy was missing,” says the Director of the Harris Nupen Molebatsi Attorneys, Peter Harris.

The report has described the Nyati Bush Camp’s version of the drowning as a disgraceful falsehood.

“Our finding is that they quite clearly. They should have been issued life jackets. When we put that to Knoetze of the camp, he said ‘we only issue life jackets for people who go down the river and because this took place in shallow water, we didn’t think that they should have life jackets’. But we know it didn’t take place in shallow water, we know it took place in the river. So we asked him how many life jackets he had at the camp? He said 12. Now there were 204 learners, we find that the camp was reckless in the extreme in allowing boys to go into the river in those conditions.”

Both the camp and the educators were negligent

Findings against the owner of the camp, Anton Knoetze, were also made.

Knoetze allegedly claimed that the levels of the river on the day of inspection by the firm were a metre higher than what they had been during the exercise and that the learners, in fact, did not enter the river. Harris says their findings dispute this.

“When we conducted an inspection in loco on the 24th of January 2020, Mr Knoetze said to us that the level of the river was a metre higher on the 24th than it had been on the 15th of January, which is when the water exercise with the learners took place. During the course of our investigation, we looked at various photographs with a close eye and scrutinised them. The level of the river on the day of the inspection in loco and the day of the exercise was much the same. So we found that the evidence given to us by Mr Knoetze that the river was a metre low on the day of the water exercise was misleading and false.”

A baby has been found abandoned at ext 4 diepsloot.

Eskom downgrades to stage one load-shedding