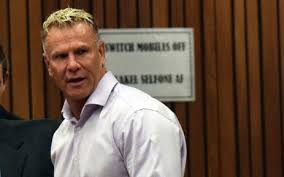 Two men on a motorcycle fired several shots at the vehicle.

In what is reportedly a suspected hit, former Bafana Bafana soccer player, Marc Batchelor, was shot and killed on Market Street in the Olivedale/Douglasdale area this evening, 15 July.

Police have confirmed that the victim of the shooting is former Bafana Bafana player, Batchelor. Gauteng police spokesperson Colonel Lungelo Dlamini told TimesLive that Batchelor’s family and, according to a report by News24, Batchelor’s brother rushed to the scene after hearing the news and asked for time to process what he was seeing.

Dlamini told this website that police were investigating a murder case after two men on a motorbike fired several shots at the victim’s vehicle outside his home in Olivedale.

“He was shot several times and died inside his vehicle,” said Dlamini.

“The suspects then drove away without taking anything. The motive for the attack is still unknown. No one has been arrested.”

System looks better today, no load-shedding anticipated for the rest of...

YOU CAN’T BE EMOTIONAL’: CIVIL SERVANTS OPEN UP ON MENTAL HEALTH...

Make a New Year’s resolution by joining #Miles4Hope for a good...

Mamelodi ”No1 Tsosi” a step ahead of long arm of law