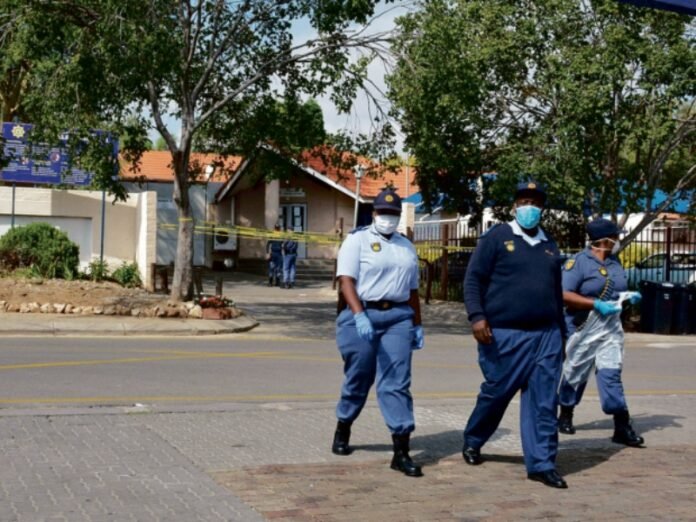 When a man claiming to be feeling weak limped into the Kwaggafontein Police Station in Mpumalanga on Wednesday, on duty cops expected him to be the victim of a crime.

Before they knew it, however, the man was pointing a gun at the prostrate officers and emptying the station’s safe.

A source told Scrolla.Africa that when the man first entered the station, he told a nearby female officer that he was feeling too weak to walk. He said he would need help walking to the desk to report a crime.

She helped the man over to the desk, but to her astonishment, he drew a gun from his coat and pointed it at her.

He began to scream at the officers in the room to lay down as he walked behind the desk. His limp had disappeared.

Suddenly, six men armed with guns rushed into the station. They confiscated all the officers’ cell phones and demanded the keys to the safe.

Once in, an officer’s warm jacket was used to load up some of the loot. As well as the cell phones, they stole several firearms, ammunition and a bulletproof vest.

He said Provincial Commissioner Lieutenant General Daphney Manamela has ordered the mobilisation of the maximum resources to ensure that the suspects are brought to book.

“The Commissioner assures the community that police are doing everything in their power to arrest the suspects,” Mohlala said.

This article was first published by: https://scrolla.africa/

City of joburg steps up fight against TB

A finalist in the Miss Inspire SA peagent 2021: Meet Maphari...

Grade 10 subject choices: how the considerations have changed

Pretenders of all time the So called celebrities…

How to make soup from leftovers