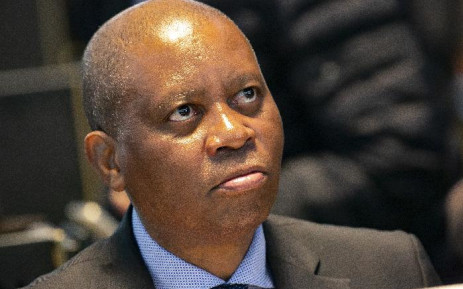 A senior leader told EWN that Herman Mashaba “stubborn like that” and had already made his decision.

JOHANNESBURG – As Johannesburg Mayor Herman Mashaba prepares to resign from the Democratic Alliance (DA) on Monday morning, Helen Zille has hit out at him saying she contributed to the fight against apartheid while Mashaba was busy making money through hair products.

Senior party members told Eyewitness News that Mashaba was expected to resign from the party. Zille spoke to EWN after her election to the powerful position of the party’s Federal Council chair on Sunday.

Last week, Mashaba told 702 ahead of the Federal Council meeting that he would resign if the party would be taken over by what he called right-wing elements.After Zille was announced as the new Fedex chair, Mashaba announced he would hold a media briefing at 10 am on Monday.

EWN understands that senior DA leaders including Mmusi Maimane spent most of Sunday night trying to convince Mashaba to stay, but they failed.A senior leader told EWN Mashaba “stubborn like that” and had already made his decision. Mashaba’s resignation could threaten the DA’s governing coalition government in Joburg, which is supported by the Economic Freedom Fighters.

EWN asked Zille what she made of Mashaba’s comment that he would resign if right-wing elements took over the party.She said: “Herman knows very well that I was hiding uMkhonto We Sizwe operatives in my house when he was a businessman making many billions out of hair straighteners and things.”

Zille’s return to the party’s leadership has left many DA members asking if there is a future for Mmusi Maimane in the organisation and whether he will have to fight for control, jump or be pushed out. Zille and Maimane have a different vision for the party but both hold powerful positions and are expected to work together to steer the party.

But Zille had a different idea: “The claim that the DA was ever a party that stood up for minorities is a misunderstanding of our project entirely.”Maimane had some comments about the Institute of Race Relations (IRR), where Zille briefly joined as a senior fellow: “It’s opportunism of the worst kind…”

But the new Fedex chair defended the institute: “The IRR can say what they like about anybody…”

No protocol for police stopping motorists