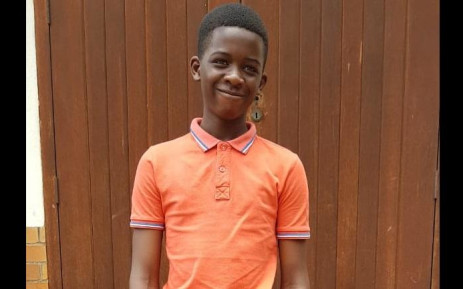 In his weekly letter to the nation, the president said too many young lives had been lost, too many children hurt and traumatised.

In his weekly letter to the nation, the president said too many young lives had been lost, too many children hurt and traumatised.

There is a proverb common to many African cultures which says that it takes a village to raise a child. This idea – that the broader community has a responsibility for the development, well-being and safety of each child – comes to mind when I think about the tragic and deeply upsetting death of 13-year-old Enock Mpianzi on a school camp just over a week ago.

Sadly, Enock is not the only child in recent weeks to lose his life for reasons that were entirely preventable, if only adults had exercised due care and responsibility. One thinks of another 13-year-old, Keamohetswe Shaun Seboko, who recently drowned in the swimming pool of a Magaliesburg primary school, and the two children who died at the Lekgolo Primary School in Limpopo when a truck crashed into a wall that collapsed on them.

One thinks also about the many children, like 6-year-old Nathlia Pienaar, who are killed in the crossfire of gang wars on the Cape Flats. We remember also the tragic deaths of Michael Komape and Lumka Mkethwa, both of whom died after falling into pit latrines.

All of those young lives, and the lives of many others, need never have been lost. All these tragedies could have been prevented if measures had been taken to keep these children out of harm’s way.

It seems to me that, as a society, we are failing our children.

Too many children find themselves in dangerous situations, whether it is on a makeshift raft on a river or being left alone in a shack with a paraffin lamp. When contractors leave excavations unprotected or school infrastructure is not maintained or school transport is overcrowded, the lives of children are put at risk.

But there is more than negligence and neglect at work. Many children are targeted by sexual predators, criminal gangs and drug sellers precisely because they are vulnerable. As a society, we need to be more diligent and more active in protecting our children from these and other dangers.

As a society, we need to build a culture of responsibility.

We need to be responsible for ourselves, for our children and for others. Just as we need to ensure that children are able to grow up in a safe, nurturing and stimulating environment, so too must we feel a duty to protect and care for all those who we know and interact with.

We must feel this duty of care on the road. While we welcome the drop in road fatalities over this festive season, the grim reality is that over 1,600 people died on our roads in just a month and a half. It is disturbing that over 9,000 motorists were arrested for offences including drunk driving, speeding, and reckless and negligent driving. A culture of responsibility means that we should all drive safely and respect the rights of pedestrians and other road users.

A culture of responsibility means that fathers need to be present in the lives of their children. Too many women have to raise children on their own, which often limits their prospects and those of their children.

A culture of responsibility also means that we should practice safe sex and not expose ourselves or others to HIV. We should not abuse alcohol or use drugs. We should seek to live healthy lives so that we avoid diseases that are largely preventable and live longer lives.

Such a culture should be embraced in particular by all those in society who occupy positions of authority and influence, whether they are religious leaders or politicians, traditional leaders or celebrities. Through their words and actions, they should seek to build a better society in which all are appreciated and cared for.

Elected officials and public servants are entrusted with the responsibility to ensure the safety and well-being of citizens. They must ensure that there is adequate and safe infrastructure in schools. They must act quickly when there is an interruption to water supply in a communities or when faulty streetlights are reported. They must ensure that health and safety regulations are enforced and that the rule of law is maintained.

In addition to the ongoing work that is taking place across government, at all levels, to give effect to this responsibility, we have sometimes had to take extraordinary measures. In response to the deaths and injury caused by children falling into pit latrines, we launched the SAFE initiative to accelerate the provision of appropriate toilets to all schools in the country. We deployed the South African National Defence Force to parts of Cape Town to support the police in their efforts to reduce gang violence. More recently, we have, together with civil society, embarked on an emergency response plan to end violence against women and children.

Yet, there is clearly much more that we need to do, as government and as a society.

We applaud those individuals and organisations that have taken upon themselves responsibility for the well-being of others. There are people like Ralph Bouwers and Mark Nicholson, who organise recreation activities for young people in Lavender Hill in Cape Town to keep them from turning to gangsterism. There are the mothers, sisters and daughters who work as student volunteers with Operation Bobbi Bear, an organisation in Amanzimtoti in KwaZulu-Natal that offers shelter to young children who have been abused.

There are many faith-based groups like the Southern African Catholic Bishops’ Conference, who I met last week, who told me about the work they are doing to respond to the needs of the poor, to support families to be more caring and nurturing and to assist young people in confronting the many challenges before them.

These South Africans are showing us the way. Through their example, they are reminding us of what it means to take responsibility for ourselves and for others.

This country has witnessed far too many tragedies. Too many young lives have been lost, too many children hurt and traumatised.

We can bring these tragedies to an end if we all, each one of us, take responsibility for raising the children in our great South African village.