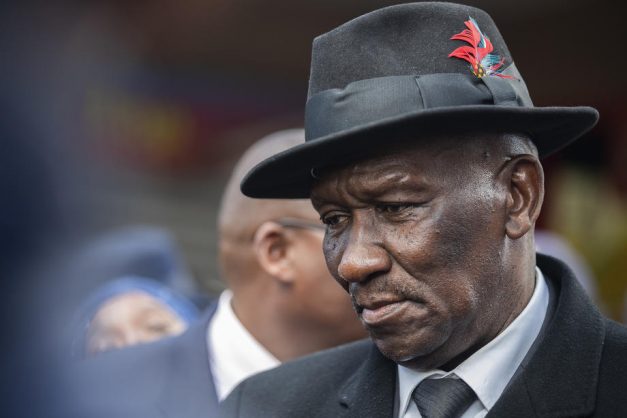 Police Minister Bheki Cele’s assessment that the stats paint a ‘not very rosy’ picture may be an understatement.

The latest crime stats were revealed this morning, with Minister of Police Bheki Cele admitting in a short address before the stats were revealed that they were “not very rosy”. He then handed over to head of police crime research and statistics Major General Norman Sekhukhune to deliver the mainly bad news.

According to Cele, most people were murdered by people they know.The number of children murdered has increased by 2.9%.Attempted murder has increased by 4.1%, with 18,980 cases reported, 747 more than the previous year.

Common robbery has shown an increase of 2%, with 51,765 cases reported.Contact crimes in all provinces have increased, and are highest in our most populous areas: Gauteng, Western Cape, and KwaZulu-Natal.60% of all murders took place during weekends, Sekhukhune said.28 members of the South African Police Service (Saps) were killed on duty, and 49 officers were killed off-duty.

The good news is that reported murders of women have decreased by 5.4%.

Burglaries at residential premises have decreased 3.2%, and car hijackings by 4.6%, with Sekhukhune saying that the police have also recorded a 20% decrease in illegal possession of firearms and ammunition and drug-related crimes.

The decrease in drug-related crimes may be because of the new laws regarding dagga use, Sekhukhune suggested.

According to Cele, arguments and misunderstandings are the greatest cause of murders in SA, with gang-related and domestic violence also a factor.

Firearms, knives, and sharp instruments are the weapons most commonly used in murders.

Woman robbed and stabbed in Bluff after car breaks down