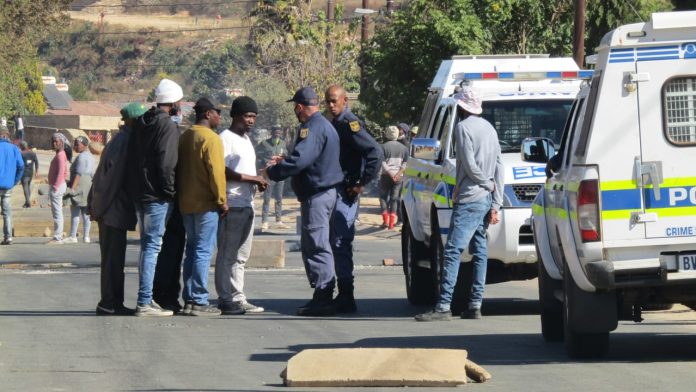 A group of residents in Cosmo City North of Johannesburg are protesting over lack of Electricity.

They barricaded the street with burning tyres and rocks, community members claim they didn’t have power over two weeks despite them paying the bills. Ward 100 Cllr Mapula Mosito says Eskom must continue with the audit in the area, those who have bridged must make arrangements with Eskom to pay the debt within six months. Cosmo City has been experiencing unplanned outages caused by the high demand for electricity. Councillor Mapula Mosito is urging resistants to use electricity sparingly to reduce the risk of power cuts winter season approached. One resident said they will not stop striking until Eskom come and bring new transformer, she further said some of the appliances at her house has burned due to this power cut and Eskom officials has been going door to door to take meter boxes while others have been contributing R20. 00 to pay officials to connect them. Police and South African National Defence Force are on the scene to monitor the situation.
#StayHome #Covid_19 #level4

A 17 years pupil stabbed to death

Lesufi to visit a Pretoria school after pupil drowns