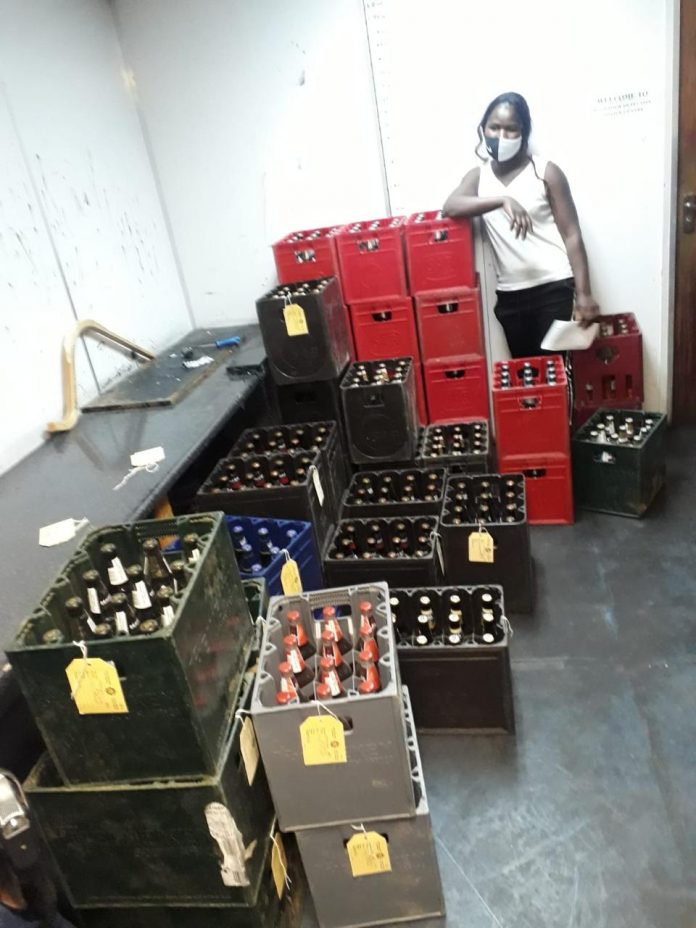 The South African Police Services (SAPS) have stepped up operations against illegal shebeens operating in Cosmo City, and a total number of 13 shebeens have been shut down.

Police reported that they had confiscated cases of illegal alcohol sales. “We have been doing our best to deal with the illegal selling of alcohol by some shebeens in the community. This is due to the number of illegal shebeens that have mushroomed in the area.,” said Honeydew police spokesperson Captain Balan Muthan.  The police have noticed that illegal shebeens are increasing almost daily which contribute a lot to the criminal activities in the community.

Police say illegal liquor outlets lead to the increase in contact crimes such as rapes, robberies, assaults and murders, particularly when community members leave liquor outlets. “People tend to walk alone when going home and get stabbed along the way and some of the murder victims are unknown. Operations are conducted every week on any day for those illegal shebeens to be closed,” said Captain Muthan.

Muthan stated that most of the shebeens have been operating in the community for more than seven years. “We do not want to see any of them operating illegally. We do not say alcohol is wrong, but people must follow the right channels when doing alcohol businesses.”

The owners were fined an undisclosed amount of money for selling liquor without a license.

Minibus taxi lands on its roof after colliding with a light...

Pro Skin founder on a mission to spread his business across...

Residents encouraged to make use of clinics closest to them

Have you registered for the 2019 elections?