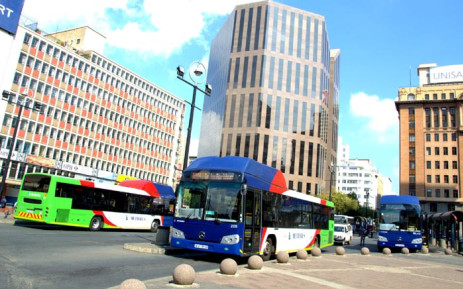 Metrobus has suspended all its services in Joburg on Tuesday morning as the strike by its drivers enters a second day.

JOHANNESBURG – Metrobus has suspended all its services in Joburg on Tuesday morning as the strike by its drivers enters a second day.Workers who are affiliated to union Demawusa are demanding to be paid in line with their years of experience at the entity.

A meeting is scheduled to take place this morning, with both parties hoping to find some kind of middle ground.

Metrobus spokesperson Goodwill Shivuri was concerned that several of their non-striking drivers have also been intimidated.”All our buses are suspended. We don’t have a single bus on the road and this is due to the intimidation we experienced yesterday.”

But Demawusa’s Dion Makhura said that this was not true.Instead, he’s accused Metrobus management of being arrogant.”It shows that there’s no seriousness on their side. They’re wasting a lot of money. It shows you that there’s no leadership at Metrobus.”Metrobus customers have been urged to find alternative means of transport while the company tries to resolve the pay dispute.

PUPIL SAFETY TOP PRIORITY FOR DBE AHEAD OF NEXT SCHOOL RETURN...

4 ways to ensure your house is safe during the holidays