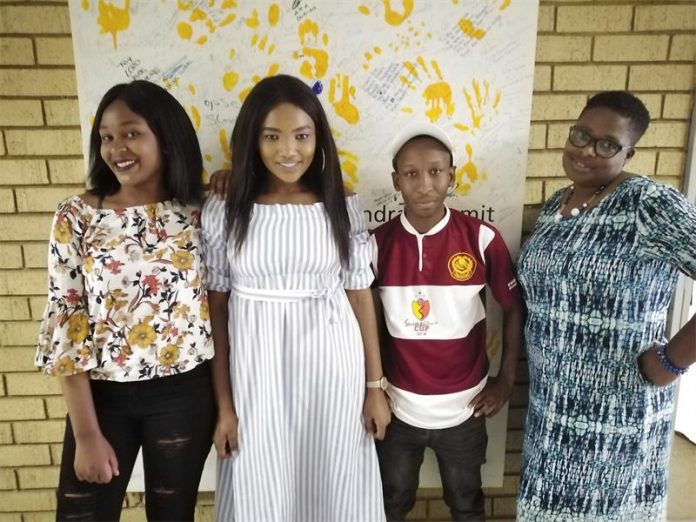 A total number of 98 Grade 12 learners from underprivileged backgrounds will receive five-star matric dance treatment from the City of Johannesburg employees in region E.

This was after a group of four Samaritans from the City of Johannesburg in region E, Alexandra offices pledged to make this year’s matric dance for learners from poor backgrounds unforgettable.

Hlengiwe Sibanyoni, Tsholofelo Mokgopa, Andile Shawe from Youth Development on 8th Avenue offices and Lerato Ndlovu from the Food Resilience Department in the City of Johannesburg started a non-profit organisation called ‘Adopt a Brother and a Sister’ aimed at helping learners who cannot afford matric dance costs because of their financial situation at home.

One of the founding members of the organisation, Lerato Ndlovu, said the aim of the project was to ensure that every Grade 12 learner in Alexandra participates and enjoys what they described as a big day for every learner despite their financial situation. “We received almost 100 applications from learners who cannot participate in this year’s matric dance.

“As an organisation and people who work with communities and young people in the area we have committed ourselves that no child will miss his or her big day because they can’t afford it. We will help all these learners with things like transport, clothes, makeup and other necessities on their big day.

“We have already found a sponsor for 10 East Bank High School learners. We are going to mobilise more people to help us nurture the future of Alex by ensuring that every child enjoys every stage of their learning.”

Adopt a Brother and a Sister has urged businesses and community members to lend a helping hand in ensuring that every learner participates in their matric dance event.

Concern over the number of drunk drivers on Gauteng roads

The City of Joburg agree to release JMPD Chief

INQUEST INVESTIGATED FOLLOWING THE DEATH OF THREE CHILDREN IN DIEPSLOOT