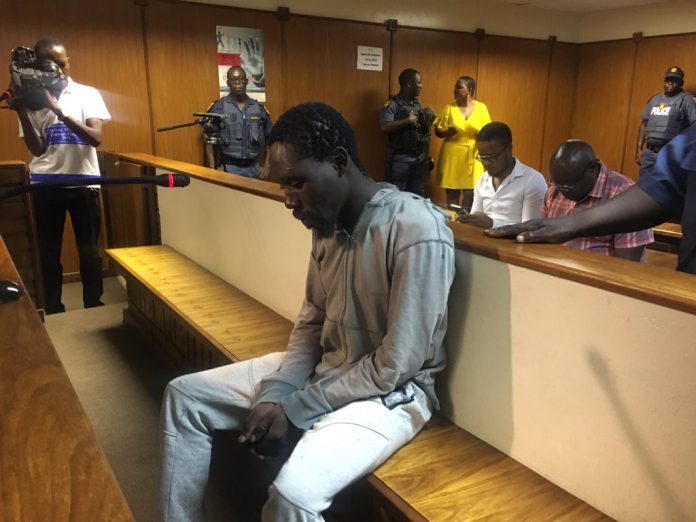 The man accused of killing 21-year-old Limpopo student Precious Ramabulana  on Monday appeared in the Molemole Magistrates Court in Limpopo.

Aubrey Manaka (28) is accused of raping and killing Ramabulana. She was found dead in her residence off-campus in Botlhokwa after being stabbed 52 times and it’s also believed she was raped.

A scruffy Manaka made his way into a packed court in a washed-out grey hoodie and jeans. Monday was his first appearance in connection with the murder of Ramabulana.

Manaka was charged with rape, murder and robbery under aggravating circumstances. The defence had initially tried to oppose the media broadcasting the case but later abandoned their bid.

The matter was postponed to the end of January.

COSATU DRAWS A LINE IN THE SAND IN ITS STAND AGAINST...

Fourways Can encourages generosity ahead of World Hunger Day

Tips to stay healthy through a balanced diet this winter

Some foreign nationals happy to go home after attacks