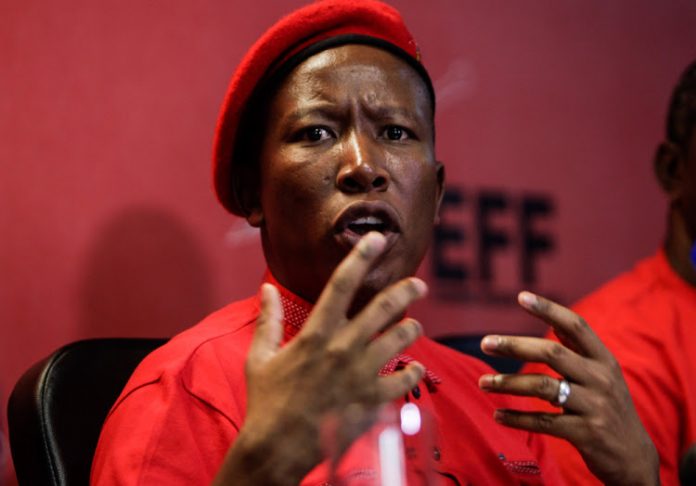 EFF leader Julius Malema failed to appear in the East London magistrates court on Monday morning on a charge related to the discharge of a firearm in a public space.

Malema was supposed to appear in the East London Magistrates court on a charge related to the discharge of a firearm in a public space.

His lawyer said that he arranged with the court to be excused and would only need to present himself when a trial date was confirmed.

Malema allegedly discharged the rifle during a rally in Mdantsane in 2018.

The NPA’s Luxolo Tyali: “As is standard practice when an accused person does not appear in court, a warrant of arrest was issued but that warrant won’t be effected until the next appearance. Their absence in court was an arrangement that was made prior to them having to come to court. They won’t be in court today.”

Malema is expected to be back in court on 8 May.

He’s facing five different charges which include the unlawful possession of a firearm and reckless endangerment to a person or property.

No threat of load shedding

A CUP OF ROOIBOS A DAY, GOOD FOR REPRODUCTIVE HEALTH.

Robbie Malinga’s love kids in limbo as their payments frozen