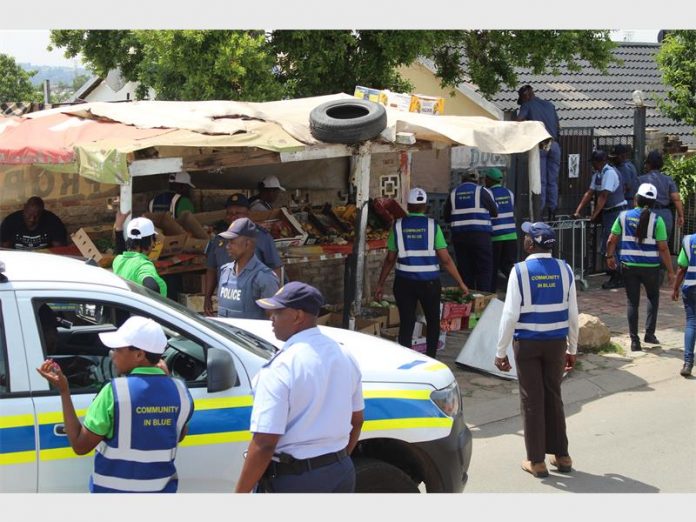 Police appeal to all community members to report all criminal activities to the police.
The JMPD and South African Police Service’s Buya Mthetho operation yielded positive results in Alexandra on Tuesday 23 October.
According to Captain Stephen Malatjie of Alexandra police, 21 people were arrested during Buya Mthetho operation including a notorious suspect who was wanted for different cases including car hijackings, robbery, and housebreaking in Alexandra.
“During our operation, a total number of 141 premises were searched and [there were] four roadblocks in which three notorious hijackers [were arrested], one of them a habitual house robber who has been terrorizing Alexandra and Sandringham community. The police also made an arrest for the crime such as domestic violence, drugs, and stolen property,” said Malatjie.
Malatjie said the police will continue with these operations until the festive season has past to ensure safety in the community. “We are going to have operations similar to this one every week until January next year and we are hoping to put all those criminals that terrorize our community behind bars. We appeal to all community members to report all criminal activities to the police.”

Take a run and support animals in need

#AlexTotalShutDown to continue on 8 April after Mashaba fails to attend...

Suspects nabbed for Bribery and the Contravention of the DMA...