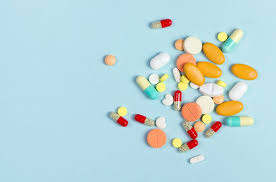 About 10 different types of drugs were identified on International Day Against Drug Abuse and Trafficking as racking havoc in Alex.

This was said at the commemoration event at East Bank Hall to residents who identified some of the names from the current in vogue nyaope to Ecstasy, rock, GHB, Cat, flakka, Mandrax, ndanda and cocaine. The abuse was said to derive from the free-flowing supply of most of them from shameless dealers said to lead lavish lives from the proceeds without regard to the well-being of particularly youthful users and future citizens.

Nompumelelo Tlou of Sanca said most worrying was that some of the drugs initially manufactured for medicinal and health use have been converted to addictions for their stimulant and depressant effects. “They were historically manufactured to promote the healing and treatment of among others, sleeping and over-active disorders and gum diseases.

“But, are now abused, including some acquired over the counter, resulting in serious mental ailments – bipolar and other psychosis.”

Abusive Relationships are not Healthy

JMPD officer arrested in Cosmo City after shooting a motorist