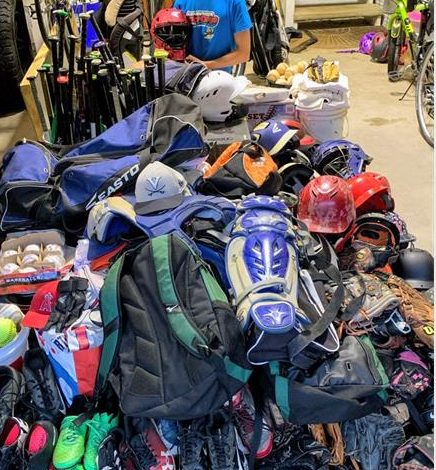 ALEXANDRA – The Youth Swim Academy will become part of the broader developments of the makeover project.

The community of Alexandra can look forward to future world-class swimming champions being bred right here in their own neck of the woods.

This follows a decision by a 15-year-old American friend of the township, Sasha Minsky, to establish a swimming academy to be known as the Alexandra Youth Swim Academy in partnership with the We Love Alexandra Community Makeover Project that is being spearheaded by the Alex Chapter of South Africa Day.

In an interview with Alex News, a local partner of the swimming academy project, professional scuba diver Lawrence Ruele who has also harboured dreams of such a project for a long time, said Sasha had already raised more than R280 000 towards the buying of equipment for the academy. The construction of the swimming facilities should start as soon as an appropriate site had been identified.

Ruele, who is the vice-president of the Alex Chapter of SA Day, said the academy would form a key component of the community upliftment projects of the We Love Alexandra Community Makeover Project.

According to Ruele, learning to swim is not only for fun for Alex’s youth but more importantly for survival since fatal drownings are the order of the day in the township and the second leading cause of accidental deaths, not just in Alexandra, but the country.

Along with Ruele’s principal involvement, Alex leading philanthropist and community builder, Linda Twala enlisted the support of an American-led initiative to bring swimming equipment and facilities to Alexandra and Sasha answered the call.

Sasha is a learner from Great Falls, Virginia, and this is not the first time the 15-year-old has been involved in an Alex project. He previously collected pre-loved baseball equipment and distributed it to Alex Baseball Club in 2019.

Twala and Ruele recognised Sasha’s love for the Alexandra community and through the Phuthaditjaba Centre, have partnered to establish the academy which will cater for up to 200 swimmers.

Sasha is being backed by Nation’s Capital Swim Club, one of the largest swim clubs in the US based in Washington DC, which has committed both funds and manpower to assist in the training programme.

“By sharing sports gear we’ve grown up with, the boys and girls of Alexandra will experience the value of physical fitness, competition and collaborative team play that are not only fun, but provide life-long benefits,” said Sasha, who also plans to partner with Johannesburg-based schools that have swimming facilities that could be used in the initial training programmes.

Witkoppen Clinic to focus on men’s health this month

Why people stick to false beliefs despite hard evidence to the...

COPA invites music enthusiast to enter for their talent show