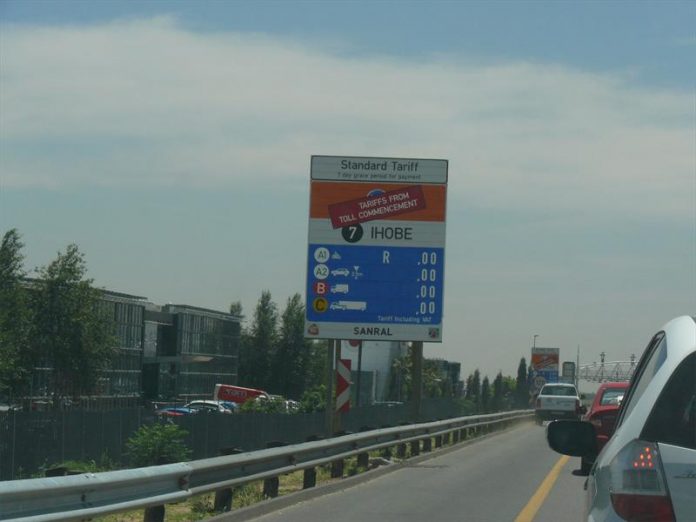 JOHANNESBURG – The Automobile Association said that continuing with a ‘business as usual’ approach is counter-productive.

The Automobile Association (AA) has expressed its disheartenment after Finance Minister Tito Mboweni announced in his mid-term budget in parliament yesterday (30 October) that e-tolls are ‘here to stay’.

The Minister mentioned that the government had considered several options but decided to retain the user-pays principle.

“We find it hard to believe that, based on submissions, government received anyone apart from Sanral supported the idea of retaining the current system. We have data that indicates users will continue not to pay, and that the system is doomed to failure should it be kept in its current format,” the AA said in the statement.

“Compliance rates are lower than 30 per cent, well below any accepted threshold for success. When we met the Minister of Transport in August we also noted that any amount of cajoling or threats of legal action would not convince non-payers to change their minds. Users have simply had enough, and they are hard-pressed to make ends meet as it is. Retaining the current system is, in our view, the wrong course of action,” explained the AA.

The AA added that more clarity on the future of e-tolls will be made at the post-cabinet press briefing today, 31 October, by the Minister in the Presidency, Jackson Mthembu, and that the Ministry of Transport will similarly issue communication in this regard thereafter.

“Gauteng motorists have been waiting since 1 September on news of the future of e-tolls. We trust the government will provide sound reasons behind its decision to pursue this system, but nevertheless stand firm in our belief that no matter what these are, Gauteng motorists will reject them,” the AA concluded.

Cyberbullying and its dangers are lessons learnt at Diepsloot Combined School