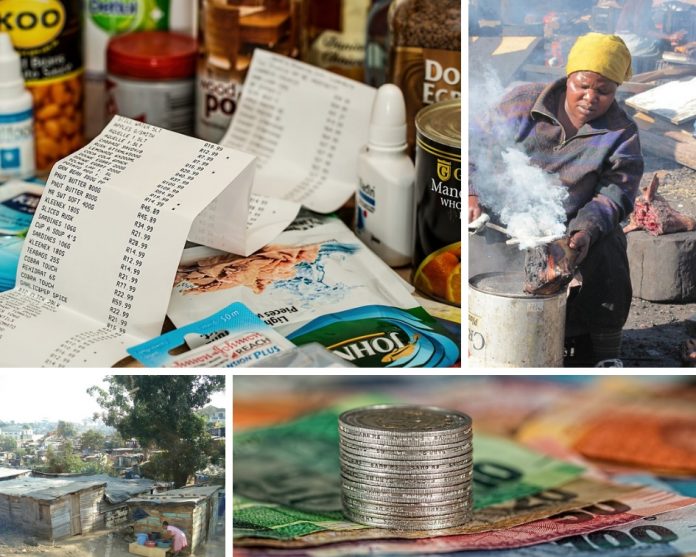 According to the latest Household Affordability Index compiled by the Pietermaritzburg Economic Justice and Dignity Group (PMBEJD), more than half of SA’s population live on less than R41 a day.

The group said: “Affordability, in its simplest form, is relative to income levels and the cost of goods and services (expenses). Workers work to support their families. Workers, reasonably expect to cover the costs of goods and services needed for dignity and household functionality off their wages. In most Black South African households, only one family member works. This one wage must support a reductive average of 3.9 persons in September 2019.”

The baseline wages paid to most black South African workers are very low. Divided by four persons, the wage becomes a poverty wage. The National Minimum Wage, which came into effect on 1 January 2019, set at R20 an hour for general workers, R18 for farm-workers and R15 for domestic workers, is not going to be enough to change the low-wage trajectory. Furthermore, PMBEJD notes that these figures are alarming considering the rising costs of food and household items in South Africa. They compiled a basic basket of ‘core’ foods, which a household would need each month to survive. This is based on the needs of low-income households in the Pietermaritzburg area sourced directly from the women in those households who do the shopping. According to PMBEJD, there are approximately 12.3 million children receiving child support grants from the government but the amount of R420 a month is not sufficient. In September 2019 the Child Support Grant was set 25% below the food poverty line and 26% below the cost of securing a basic nutritious diet for a child aged 10-13 years. The food prices represent a fraction of the overall costs for South Africans. “Because of our largely unchanged apartheid geography, the costs of transport to get to work and back home eats away at the value of the low wage, leaving very little money to secure food and other critical expenses,” the group said.

“These all compete viciously for the money remaining in the household purse,” the group said.