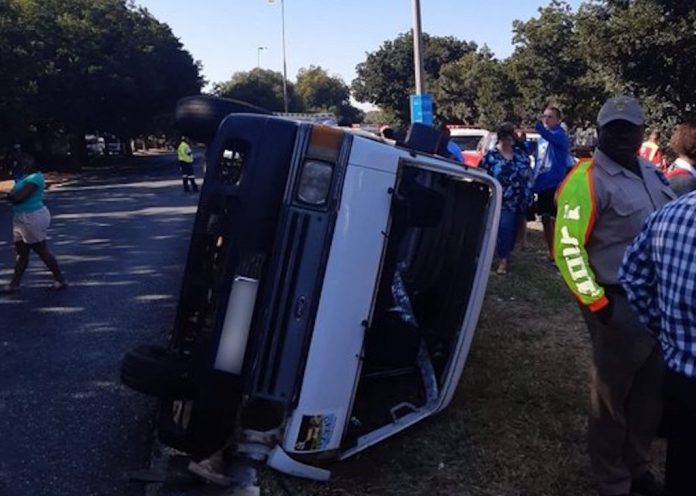 In a statement released by ER24, paramedics and provincial emergency services arrived on the scene shortly past 7am to find the taxi lying on its side in the centre median.

Several children were found seated on the median being attended to by the community.

Medics assessed the children — aged between seven and 12 years old — and found that they had sustained minor to moderate injuries.

The children were treated and transported to Johan Heyns and Mediclinic Emfuleni Hospital for further care.

The driver of the taxi sustained minor injuries and was also transported to hospital for further assessment.

The details surrounding this incident are not yet known but local authorities were on the scene for further investigations.

Your Covid-19 questions answered in isiZulu

VAULT OF DREAMS: HOW MATRIC EXAM PAPERS ARE KEPT UNDER LOCK...

HEALTH PROTOCOLS ‘MUST BE MET’ BEFORE DOMESTIC WORKERS RETURN TO WORK

Creating leaders and role models for the girls of tomorrow that...

Become an ’emotional paramedic’ and provide help to people in distress